“I’ll admit, that was unexpected,” Alijah said. “But I can adjust to the unexpected.”

From out of the vastness of space came a giant bowling ball, the same size as Trixie’s enormous nerf gun. It hit the gun, and both exploded into a shower of sparks.

“That-” Trixie fumed. “Where did THAT come from?”

Alijah smirked. “What, you think you’re so smart? You think you’re the only one who can figure these things out? Anything you can do, I can do better!”

Trixie made another globe of light appear over her device. It shot up into the air, forming into a giant laser pointer.

A cargo ship-sized blanket appeared and enveloped the pointer, carrying it away.

Trixie sent up a rock, which quickly became the size of a moon.

Alijah grinned. A planet-sized golf club appeared and whacked the rock, sending it into the sun.

Beam realized things were quickly descending into chaos, but a part of her loved it. Finding out what was in Trixie’s hammerspace was certainly interesting. Cables, a pack of gum, old gum wrappers, several receipts, Beam’s hairbrush (which Trixie had sworn she didn’t still have), a few magic-looking things, hand sanitizer, leather pants, and a hammer were the highlights.

When Alijah sent out a lawnmower it became obvious that she was using things from her garage. Dusty exercise equipment, old board games, a box marked “Books”, various tools, a VCR player, and a spare tire were all sent out. 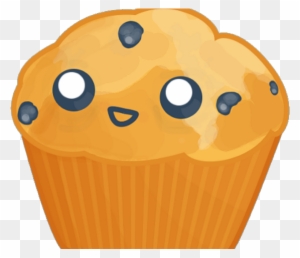 Fate, realizing that they weren’t likely to stop until they were out of things to throw, went out and came back some time later with a latte and a box of assorted muffins. Para had time to discover that the last number in pi was, in fact, 7. Or possibly 2. One or the other.

Several hours later Trixie and Alijah were getting down to the end of their inventories. Trixie sent out a piece of pocket lint, which Alijah got rid of with a beetle.

They looked at each other blankly for a few minutes, neither quite sure what to do next.

Fate cleared her throat, tossing the empty latte cup into a trash can. “Well, as fascinating as all that was, can we get on with it?”

“Please?” Para whispered, analyzing this new feeling of boredom that she was experiencing.

Trixie shuffled back, muttering. Alijah crossed her arms, glaring at the floor.

EXTRA ASIDE:
As you might have gathered, APRIL FOOLS!  This serial post is part of the April Fool’s Serial Swap, an annual event.  This post was written by Sadie, the author of Split Souls (on RoyalRoad), go check out their serial!  I wrote today for Birdy’s serial, Lemongrass: The Chaotic Life of Meadow Song (also on RoyalRoad) and you can see my post at A Kiss from a Rose is like a Thorn in the Eye. And random reminder that my serial Time & Tied can be found on RoyalRoad too.

If you’re interested in more information about the event, and to see all of 2021’s April Fools’ posts, please go to http://theleakingpen.com/?p=113

Added thanks to Alexander Hollins for coordinating and thinking of me as a late join when someone else was unable to write. For Fools nostalgia, you can see the Apr 1st 2018 entry written (in the serial containing Trixie) or the Apr 1st 2016 entry written (which was “Epsilon Project”, this serial).

Regarding the next update, I’m still hoping to get more than two votes for our plot. So I am leaving the previous part poll open into the long weekend, then I’ll have another part out within a week or so. Thanks for reading!