Para pushed herself out from under the computer console. “What?!”

Alijda didn’t respond right away, busy typing into the same console. Once she’d activated the screen saver, she looked down at the blonde, who was now lying prone beneath her. “What?”

“Yep.” Alijda shrugged. “Look, you asked how I’d been doing. Don’t panic though. The reason I can’t kill myself isn’t because I don’t have the means… heck, I can teleport myself into a wall any time I like. Pretty sure that would off me.”

Alijda crossed her arms, looking towards the ceiling of the small room they were both in. “No, the reason I can’t kill myself is because I’ve realized some people actually care about me. And might miss me. It’s weird, and in stark contrast to the first 20 years of my life, but fine.

“Besides,” she added, shrugging. “I still want to take down this entire ‘Epsilon Project’ oversight organization here, and it would be hard to do that when dead. Can zombies even code?” Alijda smiled. Para said nothing, causing the brunette thirty-something to look back down.

“I’m not sure I’ll ever understand humans,” Para ventured at last. 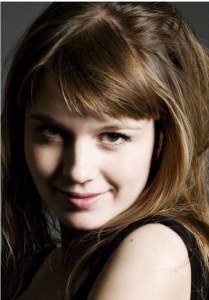 Alijda’s smile grew. “Oh Para… you’re not thinking of me as normal, are you? Remember, I embezzled money from the shady Canadian company where I worked, fled to the US under the alias ‘Alison’, gained special powers via Marshall Biochemical Engineering – who, incidentally, are probably still after me – and now I cavort with aliens in a space station run by some God. Most humans don’t experience such things.”

“Point to you, Alijda,” the blonde yielded. “But you’re also the first human I ever met in person. Meaning you’re kinda the benchmark for all my human interactions. It’s not like we mathematical personifications get out much. Or at all.”

“Which is unfortunate on all accounts. I pity you. Except for the bit where I’m jealous of your sexy cuteness. Now, are you going to finish plugging in the extra memory we need to run this square-cube program?”

Para nodded slowly, the blonde bunny-girl finally pushing herself back under the console. Alidja noticed how the personified parabola took care to keep her legs together and her pink dress from riding up. “Math” really needed to consider a wider variety of outfits.

Then again, Alidja was wearing a dress too, in black, so she was hardly one to talk. Alice really needed to give her employees a better “heads up” before conjuring them onto the station. With a sigh, Alijda glanced over towards the security camera she’d already neutralized, before deactivating the screen saver and resuming her typing.

“I am sorry things haven’t improved for you since our last mission,” Para said after an extended silence.

“I never said they didn’t improve. In fact, I’ve been writing fiction. To help me cope with life. And I’m publishing it online, as a serial.”

“Oh?” Para mused. “That’s neat. What are people saying about it?”

“Next to nothing. It’s been running for, like, a year, with over 100 posts, and I still had a day this month with zero views. I’d hack the various social media outlets for more publicity, but I’ve decided that wouldn’t draw the kind of attention I want.”

The brunette woman grinned. “Me, using a computer mostly for writing? And deciding not to hack servers merely for the fun of it? Yeah, that’s improvement.”

“Aha. Is that technological reformation the reason Alice has let you help me reprogram the station’s computers?”

Alijda’s screen lit up with an indication that Para’s hardware had been installed, and the blonde girl began to push herself back out from underneath. But at this point, Alijda was so close to being finished that she didn’t bother to stop.

“What… what are you doing?” Para gasped as she stood up.

“This,” the hacker concluded, tapping the enter key one last time. The screen before them blinked, then came up with a folder labelled “MISSIONS”. Alijda reached out with a finger to double tap on the touch screen.

“Alijda! You… no!” Para gasped, grabbing the brunette by the arm. “You were supposed to be configuring–”

“I set up a script to configure within the first two minutes of access,” Alijda interrupted. “Come on Para, how am I supposed to take down ‘The Epsilon Project’ without having more information?”

“But I VOUCHED for you! I told Alice I needed your help, and now you’re using the opportunity to break into their–”

“Para!” Alijda pulled her arm free and reached out to clasp the bunny girl by the shoulders. “Calm down. I’m not setting the station to self destruct. I’m not even trying to give myself root access. I’m merely getting myself – actually, the both of us – a bit more information.”

Para’s lower lip quivered. “Behind my back. I thought we were friends.”

Alijda found she couldn’t meet the blonde’s disappointed gaze, so she looked down at her own boots instead. “You don’t understand. I’m a terrible friend. I’m the sort of woman who prefers to push people away, so that I can kill myself in peace.”

“Except maybe you push people away because you hate the thought of seeing harm come to them. Come on, Alijda – aren’t you better than this?”

Alijda released Para’s shoulders, rubbing the bridge of her nose. “No.” And before she could change her mind, she reached out to tap at the MISSIONS folder. She reasoned it would now be less than a minute before Alice shut the terminal down centrally, so she tried to put Para’s words out of her mind.

Interestingly, there seemed to be only three case files inside. But there was also some sort of “mission statement” document too – Alijda opened that file first and scanned through it. “The Epsilon Project,” she mumbled aloud. “Our last, best place for hope. The Hub is a self-regulating station, tracking right and wrong, yadda yadda, know this … Oh!”

As predicted, the whole console shut itself down some forty seconds later. But Alijda now had something more to think about.

Para didn’t speak to her at all as they headed back towards the station’s central control room. Even after Alijda irised open the doorway in the floor, and offered to teleport them both down, the only response she got was a shrug.

Damn it. She had gone too far. The voice in Alijda’s head went on to point out that, had she simply killed herself months ago, she wouldn’t still be presenting such a horrible example of a human to personified mathematics today. But, while accurate, the thought was also nonsensical enough that Alijda decided she’d simply ignore the accusation.

Alijda looked down through the opening in the floor, into the large, cylindrical control room. That room was big enough to fit over a hundred people. Alice was presently standing to one side, over at the computer banks. Which were positioned directly opposite to the large view screen, with the Gate device embedded in the floor between them. With that in mind, Alijda reached out to grasp Para by the shoulder, then activated her power.

The both of them vanished in a cloud of purple and black smoke. They immediately reappeared next to Alice, accompanied by the faint aroma of sulphur. It was faster than lowering the ladder. In fact, Alijda could have teleported them right here from that auxiliary control room – except it wasn’t safe if she couldn’t see where she was going.

Alice reached out to tap a key on the panel in front of her, and the doorway – now in the ceiling – irised shut again. “You could have asked,” she remarked.

Alijda was in no mood for a chat about ethics with the station’s primary – only? – permanent employee. But she couldn’t simply let that comment go, not with Alice being ten years her junior. “You would have said no!”

“Well, yes,” the brunette technician admitted. “But that’s mainly because if I’d told you about the missions, you would have chosen to hack into a different part of our database instead.”

“I am SO SORRY,” Para broke in. “I didn’t think she’d do that!” The blonde looked to be on the verge of tears, and as Alijda watched, Para’s bunny ears drooped down. The parabola’s depression had now been maximized.

Alice merely smiled in a self-assured way, which made Alijda dislike her even more. “Don’t worry, Para. Alison has to be Alison. Or – can everybody call you Alijda now?”

“I don’t give a damn what you call me,” Alijda sighed. “But fine. Para had nothing to do with this. If you’re going to punish anyone, punish me.”

“Punish you?” Alice spread her arms out to the sides. “What, do I look like Frank Castle? In this shirt?”

Alijda grimaced. The shirt was white, the jeans were tacky, so what? “You look like someone who makes references no one gets.”

“I’m not even Richard Castle. But very well. Alijda, your punishment will be acting as the first human guinea pig for the circuitry you both helped to install.”

“Peachy.” Alijda looked to Para. “So run me through that square-cube problem again? I think I’ll actually need to pay attention this time.” Actually, she’d been paying close attention the first time. But she hoped that the technical explanation would improve Para’s mood, and return her depression to a minimum. One suicidally depressed female in the room was more than enough.

Para’s bunny ears twitched. “Well, surface area is units squared. Volume is units cubed. So if you scale the size of objects up, say by doubling, you’ll get four times the surface area… yet eight times the volume. Similar issue scaling down. Which is a big problem.”

“But you said the scale down thing is safer, right?”

Para’s parabolic bunny ears gradually rose back up as she spoke. “Neither’s really SAFE, but yes, shrunk down you’re more likely to have trouble with heat loss, versus collapse into immobility due to your increase in mass. The mathematics involved are really kind of fascinating.” In thinking about it, she almost smiled.

“Right.” With Para seeming happier, Alijda looked back to Alice. “So you’re going to shrink me down and send me in to chat with some Lilliputians?”

Alice frowned. “How much of that file did you read?”

“Not enough. I spent most of my time looking at the one labelled “mission statement”. You know, Alice, you could have simply told us that your whole setup here was to track dimensional anomalies across a multiverse. That almost sounds sensible. You’re too cryptic for your own good.”

“The more you know, the more at risk we are,” Alice countered. “After all, our goal here is to make next to no alterations out there. Hence our name, the Epsilon Project! Right, Para?”

“And here I thought this station was your fifth attempt,” Alijda said dryly. “But fine. Will you be sending me off with Para and Mason once again?”

“He,” Alice corrected, waggling a finger. “You might need a male viewpoint. And I can’t send Simon to this world again, it really didn’t go well last time. What with him still being regular size and all.”

“Fine! So who the heck is Katherine?!”

“It’s hardly my place to speak for him,” Alice countered. “I can tell you he’s human, like the both of us. And, as with you, our software has pinpointed him as an individual with useful skills who is unlikely to turn us down.”

“Oh, of course. So will he be as bitter about your oversight as I am?” Alijda sniped.

Alice raised a finger to her cheek, looking thoughtful. “You know, I’m not sure.”