Anyone curious about how a serial gets written? Want to look behind the scenes of one? Then this post is for you! It may also be an attention grab. Please vote for my plot. 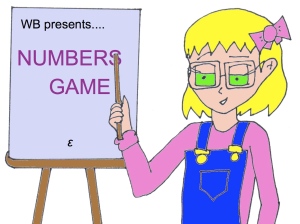 If you don’t know what this is all about, I’m writing serial entries (of about 2,000 words each) from Tuesday to Saturday, posting them Sunday mornings, then giving 48 hours for you (the readers) to vote on what happens next. Basically, I’m “Writing Bufferless”. It’s been likened to a “Choose Your Own Adventure” in real time. How am I able to do this? Well, here’s a bit of what has been going on throughout the first six episodes/weeks.

The first thing I realized the week of Sep 1st was that I would need to refresh my memory about “Mason” and “Alison”, two of the voted-on characters (they came from prior role-play efforts); Para I already felt comfortable writing. I still had Alison’s files, but discovered Mason’s were on my old PC, running Windows ME. Booted it up, located the logs and pulled them onto my Mac laptop. Gave a quick scan through the first few files for both characters, along with their CharGen qualities.

I then knew I needed a reason for the group to come together, so “The Epsilon Project” and “The Hub” was born. For that, I needed to do some research to figure out what this “self-regulating station” that was “a shining beacon in space-time” might resemble. (Did you know that Babylon 5 was actually based on a real theoretical model, which is five miles long? Go fig.) I sketched my station out, and decided who ran it. (Which is something that hasn’t come up yet, and thus may change!) I then posted the Story1 index page on Thurs Sept 4.

On to writing the first part itself. The interesting thing about Mason and Alison is those are NOT their real names. But how could I convey this from the outset, so that this fact didn’t seem like some deus ex machina later on? By having this be their second encounter, of course! Para was the later addition to the group, as she was the last to reach the tied vote. (I sometimes monitor polls as they happen, because I guess I’ve nothing better to do.) Once all of the characters were together with the plot, I ended Part 1, and had my first vote.

The winner was: To explore the Hub. I was fine with that. I felt I needed to flesh it out a bit more anyway. The close second was using the TARDIS, so I decided that would be their departure at the end. I also decided to shift the character perspective to Mason for part 2, to damp down on Alison’s paranoia.

The writing came fairly easily, and I decided to make it about the same length as the first part (which is where the 2,000 words came from, basically). I even doctored up a photograph from “Back to the Future” to keep with the Roman Numeral theme, having decided I’d be going to Big Ben later. (For the record, the IV thing hadn’t been on my mind when doing initial plot votes.) I also elected to have my Week 2 vote be more character based, rather than plot based.

And that vote was a three way tie. 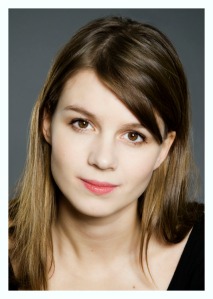 Not having time to draw, I cast.
Here’s hoping they don’t mind.

Alison is a paranoid depressive, not a schizophrenic, so while I’d had reasons in mind for each of her reactions, engaging them all at once felt problematic. But I didn’t want to break the tie myself. So I needed some added context here, hence the decision to make Part 3 a flashback episode. To actually define Alison’s first meeting with Mason. I really did NOT have that in mind at the outset. This is also when I scavenged the internet for Katja Herbers photos, as I’d selected her as a casting choice for Alison back in 2011.

Moreover, that was a very busy week at school, so the pieces were only clicking in my head. (I do remember briefly looking up depression centres one afternoon at work, but it was for Alison, not me.) I didn’t get around to starting actual writing on Part 3 until Friday evening. But when I did, it all came together. And I decided the next vote had better take us back to the plot after all this characterization.

Only two people voted, and it was another tie, so for the first time I started actively flagging individuals saying “hey! you said something about this idea once! please break this tie!” After three more votes, it came down on the side of a villain. I even had two suggestions for names, so that’s when the side of evil developed a hierarchy.

Despite not being as busy the week of Sept 22nd, I didn’t start in on the writing until Friday, and it was harder going. More plot points in the air here, maybe? I also realized that there were certain things I simply COULDN’T put to a vote, like the date for them to go to, because without at least the seed of an idea for each option, my writing would grind to a halt if the “wrong one” got chosen. I elected to put in a fake out vote, and then options I could work with. Doing that amused me, anyway.

Then for the second week running, only two votes, and another tie.

Unlike with week 3, I didn’t solicit specific people to end week 4. (I’m not special. If you’re busy, you’re busy, and if you’re not into the story, you’re not into the story.) I DID keep shouting into the ethernet all the way into late WEDNESDAY before closing the vote, for all the good that did. I then started writing, because the first weekend of October would be CanCon (Canadian Content Literature Convention), and I knew my time would be limited.

For whatever reason, it’s not difficult to write my characters arguing. Something else that I knew I wasn’t going to be able to put to a vote came up – the leadership of Alison. Despite Mason’s remarks, somehow she’s become the heart of this particular story for me. (This doesn’t mean I won’t kill her off, but it does mean I’ll be sad if it happens.) I even had something of a speech in mind for her when I put out the end vote for Entry 5.

That Week 5 vote is the first one that completely blindsided me. First, there were more than two votes without me poking individuals. Second, it was unanimous, for the first time ever. Third, the choice was not in any way the one I expected. Given the lacklustre response ever since the villains turned up (perhaps due to me not giving them visible backstory?), I figured we were headed for game over. Instead, the overwhelming response was for an escape.

I also realized that (without the temporal displacer) I had no way to get my trio back out of Big Ben’s Tower. So Alison (and her teleporting) came to my rescue again. Part 6 was another part I wrote early in the week – in fact I was finished by Thursday, since Oct 11th is Thanksgiving weekend in Canada. Perhaps for that reason Part 6 has also been the part with the smallest number of views to date… only five.

Pictured above are the hit counts over the first five serial episodes – every grey area is a weekend. You can see the spikes on Sunday when I publish, trailing off to nothing mid-week. Granted, it’s not true that all hits are necessarily for the new post, some hits are for previous entries. Still, Sunday Oct 5th you can see was an anomaly (when I did get two extra Facebook shares). Not pictured above is how on Sunday Oct 12th, I got only 5 hits… so on average still 15? Oh well. You can still vote!!

Here’s where I’ll open it up to any questions you may have for me. Or to any commentary about things I’ve done which have surprised you… either with respect to the serial, the votes, or this post. I’ll also entertain suggestions (as always) about improvements.

Of note, some things that came up at CanCon: 1) Wattpad. Thing is, I can’t embed my polls in there. I’m also a no one, and need to find time to sift through the site; maybe republish personified math. 2) Posting on Friday, or early Saturday, might be better. Since heading into the weekend is when people might be more inclined to read. The problem THERE is that’s sometimes the only time in a week I have to WRITE, given I’m doing this on a weekly “no Buffer” schedule. (I teach high school, y’see.) To balance I’ve even kept the polls open into Tuesday evening, when I know I won’t have time to start the next part yet, but I don’t think that’s helping.

I guess like anything else, it’s a matter of learning through making mistakes – so hopefully you’re learning something through my mistakes too.